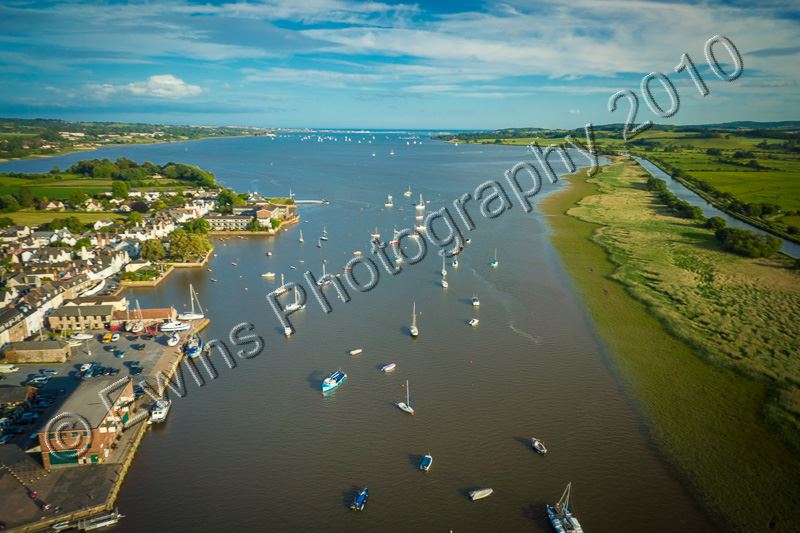 High over the river Exe at Topsham Devon

I have done many sports that  include flying and have used a camera on my helmet, such as hang gliding and sky diving. But this is a long and complex way of taking photographs. But now technology has intervened with a “flying Camera”. Of course i have just had to buy one of these. I am now the proud owner of a DJI Phantom 2  and a DJI S1000. After reading the reviews on these I was sold. This is a remote controlled quadacopter with a camera that is attached. It beams back live video to your mobile phone as you fly and uses GPS positioning to navigate. So at the moment it is early days but here are some of my first attempts at video.

Playing on the water. Over the past few years we have been making videos on our yacht. A 40 year old Moody 33s. Follow some of the excitement on our video blog.

The Adventures of Sea Pigeon

We were lucky enough to provide the aerial video for this movie.  A film by Simon Vacher called “Working The Sea” Filmed around Sidmouth in Devon. this follows follows the fortunes of the Bagwells, a Sidmouth fishing family from the forties when young Stan was fishing with his father in a borrowed boat, to the nineties when they have two fish shops, two trawlers fishing out of Brixham, and three boats working off the beach at Sidmouth. A Butterfly Effects Film for Sidmouth Coastal Community Hub CIC

Photogrammetry of the topsham wrecks.

Shot with a phantom 4 Pro In sport mode at the “Duck Pond” in Exmouth Devon. Video was shot using D-Log to increase the dynamic range of the image,

Windslide: When All The Seeds Are Sown

A 4 camera edit with aerial video overlayed. This was a technical edit in premiere pro 2017. The audio was also challenging as the guitar was not loud enough. This was overcome in Adobe Audition by overlaying the audio from the Gopro on the end of the guitar. It seems the secret to good video is not to keep one static shot for too long. this keeps the video more dynamic and interesting. The other major issue using 4 DIFFERENT cameras is trying to match the colours of each one so they look the same.

High Above The River Exe in 4K

My firs test at shooting and editing in 4K. This has been reduced from 3.5gb down to 650Mb. The codec is H264 and is showing signs of blocking due to the compression. Edited in Premiere Pro. The frame rate from the Gopro 4 black is 30 fps and would be much better at a higher frame rate. Whate settings do you use for 4k compresion to youtube?

Messing About In Boats

This video has used multiple video sources to produce a short promo video for a company. The difficult part of this was reducing 2 days filming down to 2.5 minutes. I have tried a different style and kept all of the edits short and this has helped create a fast and dynamic style to the video.

This is a combination of aerial video overlaid with photographs. Taken from a wedding I photographed at Dartmouth.

Taken on a late summer evening over the River Exe In Devon. This is a wonderfully tranquil and serene movie and worth watching full screen in HD. The Music is by Moby under license and helps the mood of the movie, I hope you enjoy it,

Taken from a small boat on the river Exe in Devon. I had great fun filming this a welcome to the summer weather in Devon and all it has to offer. Filmed with a phantom vision and Gopro

This was an experiment in flying over the sea to film surfing. I am very pleased how stable this image is. I have also used a technique in post processing using 3 different luma curves, unsharp mask and colour correct to increase the dynamic range. This has brought back some features in the sky that were blown out and detail in the surfers. The colour correction has added a sunset style colour in both the sky and reflections.

This was taken over Tintagel Casle and Camelot Castle using a gopro and Phantom 2 quadcopter.

This was shot with a Gopro on a Phantom Vision. There is a great deal of jello in this video despite using a neutral density filter. Other issues I have had are in the editing speed of the gopro footage shot at 50fps.   This seems to have really slowed up the editing in Premiere Pro. But on the bright side had a great surf and spent the day in the sun.

This was an exercise in multimedia two separate UAV’s separate digital audio, green screen, and static video. This is also my first attempt at documentary style filming. I have to say that trying to get people to talk about their passion and sport was very difficult. But I really enjoyed the day and have learned lots about interviewing techniques.

This video was taken with my Phantom vision and Gopro 3+ Black. I have tried shooting at 100 frames per second to enable slow motion. The very wide angle lens meant that I had to use 250% Digital zoom in editing to get a slightly closer shot. A larger lens would be of given a much better result.

A flight over Dartmoor on a foggy day in November

This video was taken early morning in November. For me it highlights the contrast of tranquillity and chaos that are with in feet of each other.

This video was taken In Devon using both a SLR for the indoor video and my Octocopter for the aerial footage. It has also been an exercise in editing. I hope you enjoy it and just for fun can you name the famous quotes hidden in the film?

This was filmed on a beautiful summers day in the heart of Devon. This is a little known spot hidden deep in the country side only 20 minutes from the centre of Exeter. The Fursdon Estate is about 750 acres of arable, pasture land, parkland, orchards and woodland. The diversity of landscape, combined with some of the most stunning views Devon has to offer, makes the Fursdon Estate a great place to walk and enjoy the countryside.  This was filmed with a S1000 Octocopter and Sony nex 7 camera. The only post editing is colour correction and NO stabilisation applied.

Located on the estuary side of the town this beautiful beach looks like it is out of the 1950s. It is lined with an array of fishing huts in a wonderful array of pastel colors. It is still used by the local fishermen for their boats and storage. Music by lee Rosevere can be found here: Happy puppy records.

A short flight on a windy day along the banks of the river Exe in Topsham Devon. This was taken with my back up UAV a Phantom 2 with a gopro Hero 3+. No after image stabilization has been added just some color balance and editing.Hope you all enjoy it as much as i did filming it. Do not forget this is just my hobby page and i have now gone professional and obtained my license to fly a UAV and film. My business web site can be found at ewinsaerial.uk. The music can be found at www.iamnotlefthanded.com

I have just replaced my Phantom Vision
with a Phantom 2 with a Zemnuse Gimbal  and Go-pro camera. This imaged has had no post stabilization added and is of a much better quality. It is filmed over the river Otter where it meets the see at Budleigh Salterton. Watch out for the falcon that swoops in on it as it goes over the trees. What do you think? 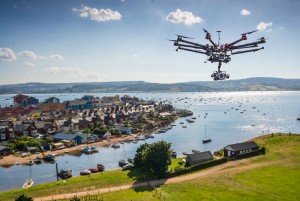 I am branching into a new career as a professional Aerial Photographer. I am currently undergoing CAA exams to qualify. These are some of the first tests with my New Octocopter. This is filmed in full HD and worth watching in full screen.

A set of Photographs taken from St Ives Bay Caravan park in April 2014. This setting has fantastic dunes leading down to a pristine beach that is perfect for surfing.

A set of photographs taken my phantom vision. These are all around Exeter, Exmouth, Teignmouth, Wembury and Broadclyst. I hope you enjoy them as much as I did taking them.

This is a flight from the swing bridge in Exeter up to the canal basin in the town centre.  Enjoy and let me know what you think on my blog.

Some test footage from my phantom 2 vision camera

Early test from my Phantom vision above Exmouth beach.

Just after this flight I flew it into the cliff! But it is now repaired after replacing the GPS module and some software settings.

Click here for some photographs taken using the Phantom

Here is a video above a sunny Teignmouth. This was a day with the Canoe club I am a member of, The Teignmouth Canoe Club.

This site uses Akismet to reduce spam. Learn how your comment data is processed.